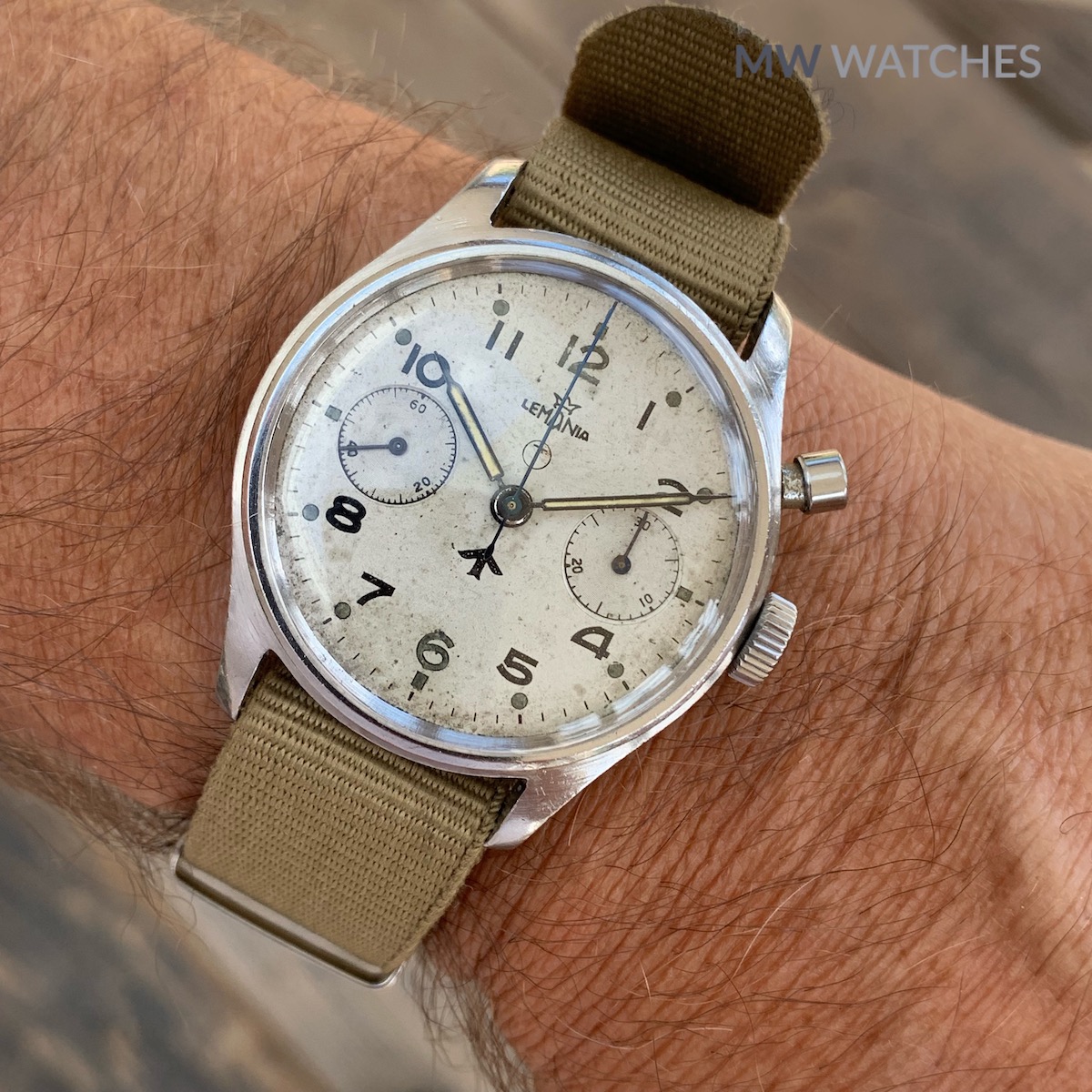 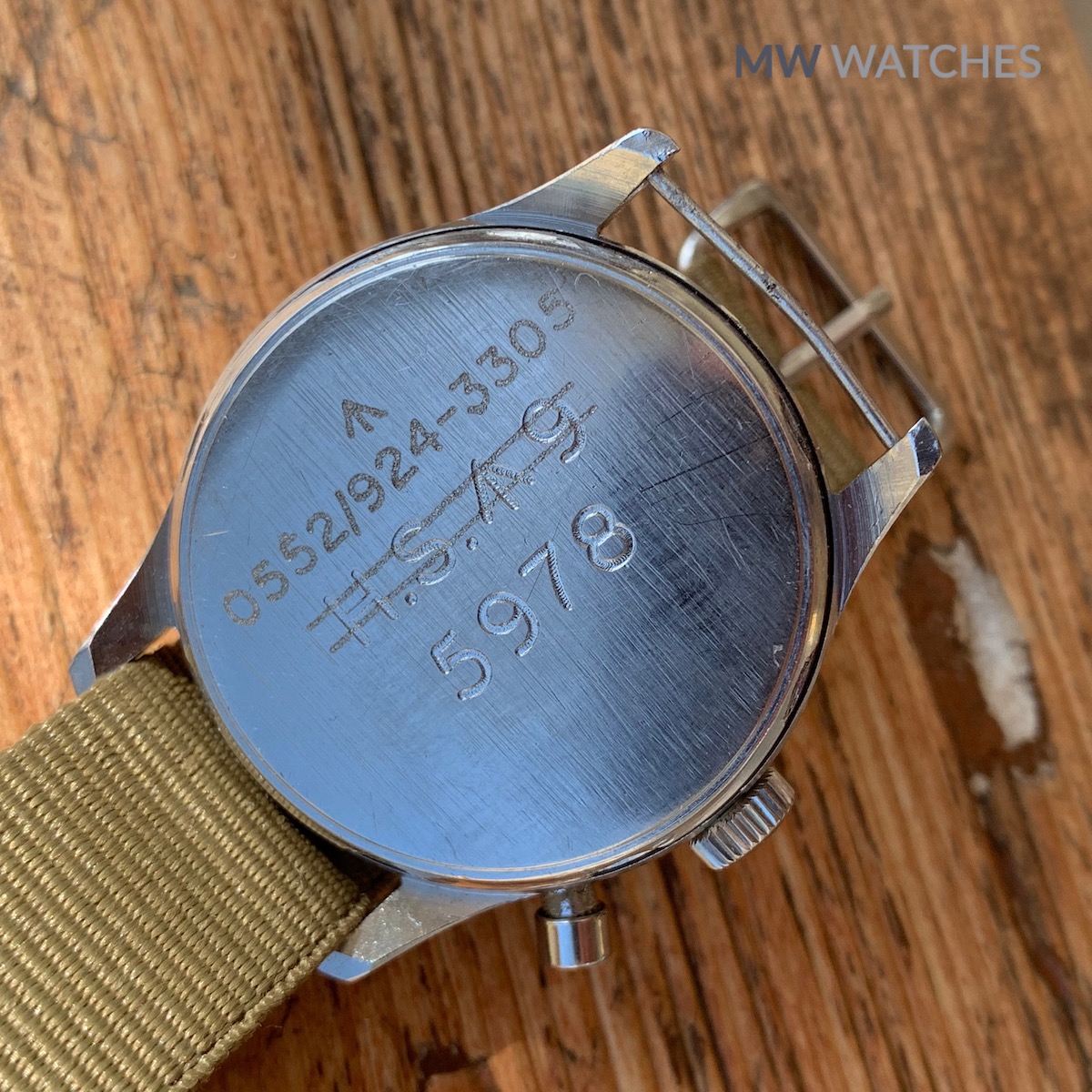 This is one of the most sought after of military chronographs – the Lemania single-pusher ‘HS9’. The watch was probably issued in the early fifties to the Hydrographic Service (hence HS9) and later re-issued to the Royal Navy, as shown by the later 0552 code NATO markings. These watches have a very large case for the era, at about 39mm across, and have a super wrist presence.

Please take a few minutes to browse the archive and enjoy pictures of watches that we have had the privilege of discovering and owning. If you have a similar watch that you would like to sell, or if there is a watch that catches your eye, please do get in touch.